Ashley Keith-Phillips was invited to present at the American Health Lawyers Association’s (AHLA) Physicians and Hospitals Law Institute with her topic titled “Providing Culturally Competent Legal Advice to Healthcare Systems.” After the well-received presentation, she was featured in the Member Spotlight for AHLA’s May edition of its magazine, Health Law Connections. Ashley serves as in-house corporate counsel at University Hospitals Health System, the second largest private sector company in Ohio with more than 30,000 employees. She is currently serving her second term as a member of the Board of Directors for Pregnant With Possibilities Resource Center, a nonprofit dedicated to eliminating racial disparities in maternal and infant health outcomes in Cuyahoga County, Ohio.

Marina Fomby ’06 has been hired as the Director of Willis Towers Watson. Congrats to Marina!

Mike McGraw ’06, President and owner of McGraw Enterprises, Inc., was recently selected as a recipient of a “40 Under 40” business leader award in the Springfield and surrounding community area. Sponsored by the Springfield Business Journal, the award features 40 leaders who are under the age of 40 and are selected based on their contributions to our local business community and the community in which they reside. The recipients, in part, represent the future of business in Central Illinois communities. Mike is the owner/operator of McGraw Family McDonald’s(R) in the Springfield, Litchfield and Williamsville areas. He is involved in the McDonald’s Corporation OPNAD Owner/Operator Group, Secretary of the Board of Directors of the Ronald McDonald House of Central Illinois and is a member of the Springfield First United Methodist Church.

We are sad to say that Tanner Springer passed away in Downs, Illinois, July 14, 2021 at the age of 37. Tanner studied computer science and played baseball at Illinois Wesleyan. He worked as a software developer at State Farm for 13 years before transitioning to a job as a software engineer for Enterprise Holdings. He shared his love of sports with his family — especially his sons — cheering for the St. Louis Cardinals, Chicago Bears and Chicago Blackhawks. Tanner also shared his love of sports with the many athletes he mentored as a youth sports coach. He was an avid outdoorsman who enjoyed hunting, fishing and time with his loyal dogs. But most of all, he enjoyed being a father and spending time with his family. He is survived by his wife, three sons, two siblings, grandfather and many extended family members and friends. You can read more in his obituary here.

James Mulholland ’06 recently celebrated a promotion to Sr Principal, Product Design Architect at Workday, an enterprise software platform that supports large companies in HR, finance and planning processes. In the field of Interaction and “UX” design, he strives to better understand how people use software and how it fits into their professional lives in order to better design how it works. He previously focused on data and analytics capabilities but new responsibilities will drive him to create impact more broadly across the company.

Rachael Liesman ’06 is the Director of Microbiology at the University of Kansas Medical Center. Her work in establishing testing sites and processes for COVID has been remarkable and she has since become a frequently quoted expert in the news, including the New York Times. In 2020 she was recognized as a Healthcare Hero by Kansas City’s Ingram’s. She was selected by the Chiefs to attend the Super Bowl as a vaccinated healthcare worker to represent Kansas City.

Torri “T.J.” Newman ’06 signed a two-book deal with Simon & Schuster’s Avid Reader Press in February 2021, and her debut novel Falling will be released July 2021. A former flight attendant, T.J. came up with the idea for Falling on a cross country red-eye flight. The thriller takes place on a crowded flight from Los Angeles to New York, during which the pilot learns his family has been kidnapped and he must crash the plane to save them, all while the flight’s passengers remain unaware of the drama unfolding in the cockpit.

A week after the announcement of her book deal, Universal Pictures won a bidding war for the screen rights for Falling. T.J., who has since left her job as a flight attendant, has already begun work on her second novel. Falling is widely available. 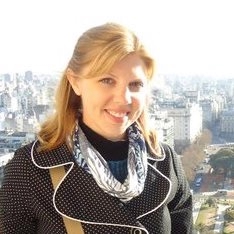 Hi, I'm Ashley, the Class of '06 Newsletter editor. If you have an update, please contact me here!