Welcome to the world Levi!!

Elizabeth Kensek ’02 was hired as Associate Producer by the Board of Directors of WaterTower Theatre, along with Shane Peterman, Producing Artistic Director. Here is the link to the article about her accomplishment.

This video captures a few successes from #AllInforWesleyan.  Check out the social media activity and revisit iwu.edu/all-in to see how your gifts made a difference.

Check out the All In Happy Hours taking place around the country. Show your Titan pride by spreading the word about All In for Wesleyan to your personal networks via social media, calls, texts, emails, etc.

You’ll have a great time while encouraging others to make an additional gift on All In and share stories about how IWU Unlocked Opportunities for each of us. Visit our webpage for more information and registration.

Set in 1979 at the International World Chess Championship, this highly acclaimed musical develops the ancient and distinguished game of chess into a metaphor for romantic rivalries and East-West political intrigue. The players, lovers, politicians, CIA and KGB make their moves to the pulse of this monumental rock score. Several numbers, including “One Night in Bangkok” and “I Know Him So Well”, are international hits. 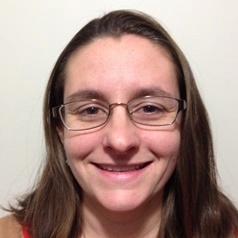 Hi, I'm Laura, the Class of '02 Newsletter editor. Send me an email at laura.suga@gmail.com if you have an update!