Check out the All In Happy Hours taking place around the country April 10-11. Show your Titan pride by spreading the word about All In for Wesleyan to your personal networks via social media, calls, texts, emails, etc.

You’ll have a great time while encouraging others to make an additional gift on All In and share stories about how IWU Unlocked Opportunities for each of us. Visit our webpage for more information and registration. Heather Olt was recently seen gracing the red carpet at the premiere of Hulu’s “Marvel’s Runaways” at Regency Bruin Theatre in Los Angeles on November 16, 2017.

Heather has a recurring role on this new comic book adaptation, playing Frances, a member of the Church of Gibborim, a cult-like movement headed by Leslie Dean (Annie Wersching), the mother of Karolina Dean (Virginia Gardner).

Heather’s other recent roles include “American Horror Story: Cult” and “Jane The Virgin,” as well as recurring roles on “Justified” and “Baskets”.

The first FOUR episodes of “Marvel’s Runaways” are available now on HULU! Mr. Kramer was chosen following a rigorous three-part evaluation process based on a written application and narrative; a recording of classroom instruction; and an interview session with a distinguished panel of judges.

In 1999 Performing Arts Fort Worth established the Bayard H. Friedman Chair for Teaching Excellence in Performing Arts, which annually recognizes and rewards an exemplary Fort Worth Independent School District teacher. The Chair carries the title for one year and receives a $5,000 honorarium.

Mr. Kramer has been teaching for 21 years, eight years in Fort Worth ISD.   Under his direction, many of Mr. Kramer’s students have been named to All-District, All-Region, and All-State Concert and Jazz Bands. Michael Dawson, Head Band Director at Wedgwood Middle School, states, “Mr. Kramer is a respected faculty member at Wedgwood Middle and Southwest High Schools. He has great rapport with teachers and administrators….and is also highly respected by students and parents.”

The Chairs for Teaching Excellence program is modeled after the university-level Chair program and is designed to recognize and reward exemplary teachers. This program is unique because of its role in a public secondary school setting and for its rigorous selection process.

Junaid Ahmed ’96, a journalist and producer of Newshour, a one hour news and current affairs program on BBC World Service, will be speaking this weekend at IWU’s Homecoming as part of an International Career Panel on Friday, 10/13 from 4 to 5 p.m.

Faizal Chaudhury ’96, Vice President of Internal Audit at SallieMae, has joined the University of Delaware’s Alfred Learner College of Business & Economics as an Adjunct Professor. He teaches graduate and undergraduate graduate level classes on Internal Auditing.

Faizal says “This opportunity is allowing me to promote my profession (Internal Auditing) to the current generation of college students.”

Take a break from your regularly scheduled programming and tune in to All In For Wesleyan. Illinois Wesleyan alumni, parents, and friends from around the world will come together today by giving back to move IWU forward. All in for Wesleyan is more than a one day giving campaign — it’s a day to celebrate Illinois Wesleyan and all of the things that make it special.

On April 5, any gift made at www.iwu.edu/all-in will be matched dollar for dollar (up to $100,000!) by Dorothea Bilder ’62, doubling your impact on Illinois Wesleyan! Show your Titan Pride by making a gift and spreading the word using #AllInForWesleyan.

Join us and stay tuned all day to see how your gifts make a difference for IWU students!

Remember to make your gift to Illinois Wesleyan by December 31 to be eligible for 2016 tax benefits. Gifts can be made online, by calling 1-800-689-9743 before December 23, and by check. If sending a check, it must be postmarked by December 31.

The Class of ’96 was the peak form of Gen X slackerism, never worrying about details in advance. Rather than have some pre-planned reception, let’s just crash a couple local watering holes this weekend! Join us for some impromptu meet-ups to celebrate our 20th reunion!

Hope to see you there! 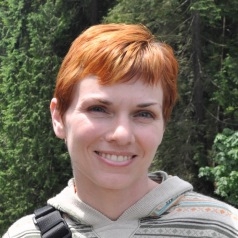