Sharon Chung ‘00, a professional violinist and violist, discussed her experience as a local musician during the stay-at-home order in a story featured on WGLT, a public radio station broadcasting out of Normal, Illinois.

Sharon has been able to continue working with her students through video platforms and says that they’ve been finding comfort in routine. “They seem to still be practicing, which makes me happy, and I guess that people turn to the arts when times are difficult, and I see it happening with my students.”

But Sharon said for her own music, virtual connections just aren’t the same. A lot of her work involves collaborating with other musicians, which means that isolation has been a challenge. “That part has been really hard for me. I didn’t realize how much I would miss that, actually collaborating with people and playing. I had an emotional moment about a week ago where I actually did have to go into a rehearsal with a pianist because she wanted to get a recording before she went away for the summer. And so we collaborated and it was the first person I played any music with, really, in a week and a half, and it was quite moving for me because I didn’t realize how much I needed that, and how I did sort of crave that interaction, said Sharon. But don’t worry, Sharon added, “We did stay our 6 feet apart.”

Lately, Sharon has found a way to embrace her solitude. She’s been playing Bach in her bathrobe. She sent a video to her friends who encouraged her to record more sessions and post them to social media. Now #bathrobebach is a thing.

Sharon says it’s the small acts of beauty that keep us going. “I do think that in any sort of difficult time people like to hold on to things that are beautiful and artistic. We kind of need those things, I think, as an escape. And so even though sometimes for me it may not feel like what I’m doing is very much or maybe it just seems kind of silly, hopefully I can bring some kind of sense of relief to someone else I’m reaching out to,” said Sharon.

Other artists featured in the article include Nick Africano, Pokey LaFarge, and Dan Hubbard.

To see the entire article, you can visit Pandemic Takes Emotional Toll on Musicians at WGLT. 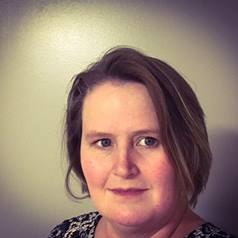