Zelotes Toliver ’70 will perform his Spirituals concert live at the Cinema Arts Centre in Huntington, NY on February 23. His concert will include iconic African American Spirituals. For more information about the concert and the work of Zelotes, click here. We regret to inform you that Phillip Glotfelty ’70 of Shorewood, Illinois, died Nov. 1, 2019. He was 71. Phil met his future wife Jody (Carlson) Glotfelty ’70 while attending Illinois Wesleyan. He began his career at Kemlite Corporation, where he established the company’s human resources department, and later joined First Midwest Bank Corporation, from which he retired in 2006. He was active in many groups and organizations, including: Sports Car Club, Jaycees, Joliet (Ill.) Chamber of Commerce, Downtown Development Council, Joliet Kiwanis Club, and Plainfield (Ill.) United Methodist Church. He enjoyed golfing, playing cards and Trivial Pursuit, sharing meals with friends, and watching his grandchildren play sports and perform on stage. He is survived by his wife, children Sherry (Glotfelty) Steele ’99 and Jeffrey Glotfelty ’00, seven grandchildren, brother, and many nieces, nephews, cousins and friends.  You can read his full obituary here. 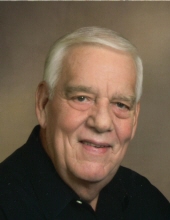 Michael E. Davey ’70 of Alexandria, Virginia, died March 2, 2019. He was 71. After obtaining a bachelor’s degree in history at Illinois Wesleyan, Mike acquired master’s degrees in sociology, educational administration, and future studies. He taught sixth grade, and worked for Batelle, and the American Association of State Colleges and Universities, before beginning his career as a researcher at the Congressional Research Service. While there, Mike was selected to attend the Industrial College of the Armed Forces at the National Defense University. He also spent a year on loan to the National Research Council as the National Nanotechnology Initiative Study Director. Mike taught evening classes at the University of Maryland. He had a lifelong love of sports and coached youth sports for many years. He was active in his church and was a President of the Board of Directors for United Community Ministries, a local nonprofit. Mike is survived by his wife Bonnie (Earll) Davey ’70, two children, two grandsons and two sisters.

You can read the obituary here.

Check out the All In Happy Hours taking place around the country. Show your Titan pride and encourage others to meet you for All In Happy Hour by spreading the word on your personal networks via social media, calls, texts, and emails.

You’ll have a great time while encouraging others to give on All In day and sharing stories about how IWU Unlocked Opportunities for each of us.
Visit our webpage for more information and registration. D. Paul Miller, retired sociology professor who served Illinois Wesleyan from 1960 to 1982, died on Nov. 3 at age 101. You can view his obituary here.

A medal-winning Senior Olympian, Paul was remembered fondly by IWU athletics department colleagues Norm Esch ’75, Ron Rose ’88 and Stew Salowitz ’76 in a tribute in The Pantagraph. As of September 1, Susan Burlison ’70 and her husabnd, Lee, became residents of Plzeň in the Czech Republic. Their reason for moving 6,000 miles? Three adorable grand children – Ella, William & Marie. They love their new flat. It’s big, sunny and a half block from Republic Square where there are many exciting events. If you are going to be in the Czech Republic, let them know. They love visitors and sightseeing.

Celebrate your Class Reunion in October – Class of 1970